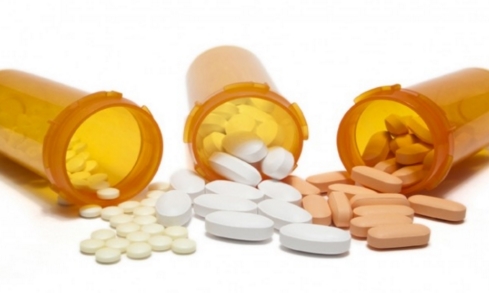 Angry about the fact that sales of statin drugs have reached record lows, a cardiologist from the Cleveland Clinic is blaming both science and online media websites like Natural News for the drop, claiming that this “internet-driven cult” is needlessly scaring people away from taking the cholesterol-lowering medications.

Denying the reported side effects of statins as being “imagined” by patients, Steven Nissen claims that statins are 100 percent safe and effective, and that anyone who says otherwise is a charlatan. He wrote in a recent editorial that anyone who claims to be suffering side effects of statins is experiencing the “nocebo effect,” meaning they’re just making it up “in their heads.”

“[W]e are losing the battle for the hearts and minds of our patients to Web sites developed by people with little or no scientific expertise, who often pedal [sic] ‘natural’ or ‘drug-free’ remedies for elevated cholesterol levels,” his editorial in MedPage Today reads.

“The anti-statin forces employ two distinct strategies, statin denial, the proposition that cholesterol is not related to heart disease, and statin fear, the notion that lowering serum cholesterol levels will cause serious adverse effects.” (Related: To keep up with the latest news on the statin scam, visit Statins.news.)

Science, not ‘the internet,’ says statins are unsafe and don’t work as claimed

Nissen’s whine-fest hinges upon statistics cited in a recent study published in the journal Annals of Internal Medicine showing that only about 61 percent of people given a prescription for a statin drug actually follow through on taking it for at least six months. This suggests that patients are experiencing adverse effects from the drugs or simply aren’t seeing the results they were promised.

GreenMedInfo has actually compiled a 559-page toxicity report on statins that highlights all the science that Nissen claims doesn’t exist showing that statin drugs are more dangerous than they are helpful. It is this toxicity that is driving people away from statins; not independent media.

Oh, but it’s not just science and truthful reporting that have Nissen leaping off the deep end. He’s also upset at the dietary supplement industry for giving statin drugs a bad reputation. Nissen describes internet health sites that sell natural alternatives to statins as offering an “array of worthless” products.

He sure is mad, and there’s an obvious reason for this: Nissen has some serious conflicts of interest as they pertain to statin drugs. You see, Nissen has accepted quite a bit of cash from Big Pharma over the years – and specifically from companies that produce widely prescribed statin drugs. His livelihood, in other words, at least somewhat depends on their success.

But he would never admit this publicly, instead using all sorts of demagogic rhetoric in various op-eds to condemn those who bring up valid points about the dangers of statin drugs and their threat to public health.

“There is a special place in hell for people who use fear tactics and misinformation to promote books and natural health aids, including crazy diets, at the expense of proven medical therapies, rather than as complimentary [sic] options under medical direction,” Nissen is quoted as writing in another publication, again denying the plethora of sound science that contradicts his erroneous position. 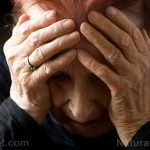